Free Shipping on All Orders Over $750
View cart “iTero Element 5D Intraoral Scanner Imaging System” has been added to your cart.
Sale! 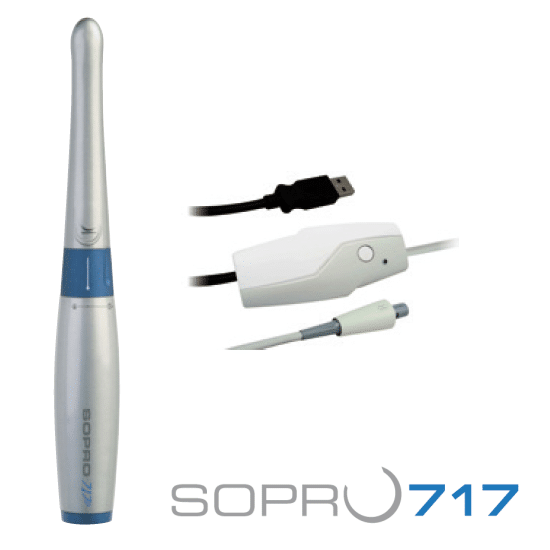 The Sopro 717 First allows you to go beyond the limits of human vision while casting off bulky accessories. Sopro 717 First is a fixed-focus camera that offers instant, adjustment-free focusing with a great depth of field in 3 discrete ranges.

The Sopro 717 First is a top of the line dental imaging equipment with an LED extra and intraoral camera. The Sopro 717 First also comes with a Macro DOF (Depth of Field) setting which produces Macrovision with magnification extending up to a stunning 115 times.

Simply stated, the Sopro 717 First is a piece of portable dental imaging equipment that amalgamates halogen image quality with the most exceptional features of an LED camera to produce superior image quality. 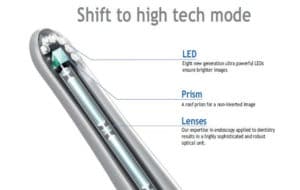 All the electronics in the Sopro 717 First comes assembled in the hand-piece. The portability of the camera hand-piece is simply unmatched which is further enhanced by the lightweight.

The Sopro 717 First features three preset focal positions, namely – Portrait, Intraoral, and Macro. This preset means that the focal need not be adjusted while maneuvering the camera inside the mouth.

The fixed focus brings with it a lot of advantages such as using only one hand to operate the camera, exceptional clarity of image, and the image is always on focus.

Unlike other cameras, the Sopro 717 First comes equipped with the ‘Sopro Touch’ sensor whose functions are akin to the touch screen sensor of a laptop. The Sopro Touch makes capturing images easy, and the images are always sharp as there is no movement while capturing the image.

The Sopro 717 First is compatible with TV, monitor, and computer. The docking stations include DOCK MU_USB, DOCK MU-USB or Mini Dock U_USB2, and DOCK MU USB.

What are you looking for?